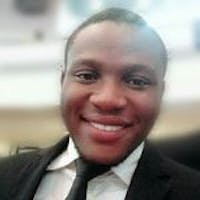 Subscribe to my newsletter and never miss my upcoming articles

Listen to this article

React is a library with lots of features. These features are due to the build-in dependencies or packages made available by the React team. These dependencies rely on one another during the compilation process for an extensive workflow irrespective of whether it is a single-page (recommended) or a multi-page application.

Why Build a React Workflow?

React makes it possible to write minimum code in a complex application. The effect is that it makes the app faster with a high-performance rate.

How to Build a React Workflow?

Bundlers are used to split up files into a couple of files during the compilation process. Split up files are tiny files reserved for tiny request where each file rely on one another. After a successful request, these files are bundled together into fewer files because modern browsers do not support split-up files. An example of a common and recommended bundler is webpack.

Babel with Presets is hooked in the webpack configuration for the bundling and optimization process.

React dependencies provide a server that runs on a PC. This allows developers to test apps on the fly. The module react-script is responsible for running the server.

React allows linting to save time to find errors when the server is running. ESLint (Babel ESLint) is such a feature that warns when an error occurs. It highlights where the errors are for easier debugging.

These tools are set-up by the React Community for an effective web app.

React will be installed in the next article with a package or tool called Create React App and will notice a finite loop of dependency within another dependency because dependencies rely on one other. The good news Is you do not have to worry about the configuration. This is taken care of by the React community. Just do the installation!

Support what I do and push me to keep making free content.